The mismatch between John Bowlby and post-war Swedish child psychiatry: Account of a research visit

In the first half of 1950, the British psychiatrist and psychoanalyst John Bowlby visited France, Sweden, the Netherlands, and the USA to gain information about the state of the art in the care of homeless children. e World Health Organization published Bowlby’s conclusions as Maternal Care and Mental Health (1952). e article aims to present an account and discussion of Bowlby’s weeklong visit to Sweden, based on previously unpublished notebooks and letters. e analysis shows a clear mismatch between Bowlby’s ideas and those of his Swedish hosts working in child psychiatry and social care. At rst sight, Bowlby seemed to align with the Swedish psychoana- lytically oriented child psychiatrists, while rejecting those Swedish experts who represented a biological approach with ideas about heredity, but it was more complicated than that. Bowlby also appreciated the methodological rigor and statistical methods of the latter current. What he did not appreciate, however, was that both Swedish currents, despite their mutual disagreements, shared a similar view of the importance of the environment for child development that was much broader than his own. For Bowlby’s hosts, environmental factors such as housing, schooling, parental care, number of siblings, social contacts, etc. were all important for the understanding of poor mental health and social maladjustment in childhood. As also becomes clear from the title of his book, Bowlby rejected such a broad approach and focused exclusively on mother-child bon- ding as determining children’s mental development and health. is mismatch between Bowlby and the Swedish experts explains why Bowlby paid only scarce attention to Swedish views in his WHO report, why this report and his later ideas about the importance of mother-child attach- ment initially met with little enthusiasm, and why he remained a ”queer fish” in Sweden. 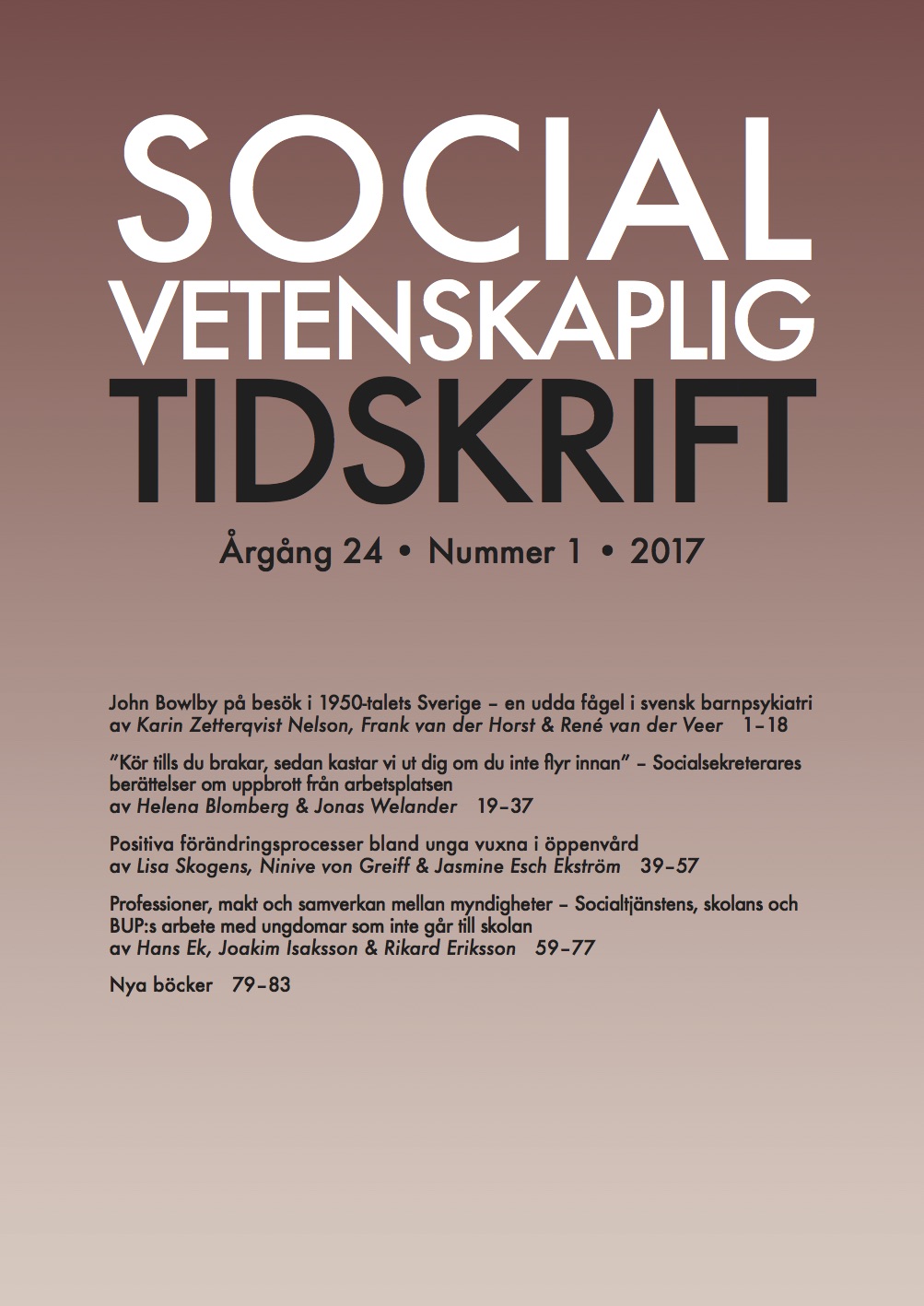