From madness in everyday life to diseases in the genes of the body – The Swedish Asylum Agency’s conceptual formations of causes of mental illness, 1860–1910

This article is about how the language used with regard to insane people in Sweden changed during the period 1860–1910. The focus is on when discourses about madness in the mid-1800s was managed by the Asylum Agency, as the government’s authority for the steering and control of the institutional care of the insane. With this management, the understanding of madness became structured by the Asylum Agency through its annual reports, which consist of diagnoses, descriptions of treatments, and descriptions of the care institutions’ architecture. The causes that are presented in the Asylum Agency’s annual reports do not reflect where the mental illnesses fit, and what biological pathologies they consist of. There is a clear link between ontological uncertainty about mental illness and epistemological vagueness. We see here how the categorization of social phenomena, such as madness, and the concepts that describe it, are brought to life as a result of the spirit of the age, ideology, morality, politics, culture, lifestyles and technologies. 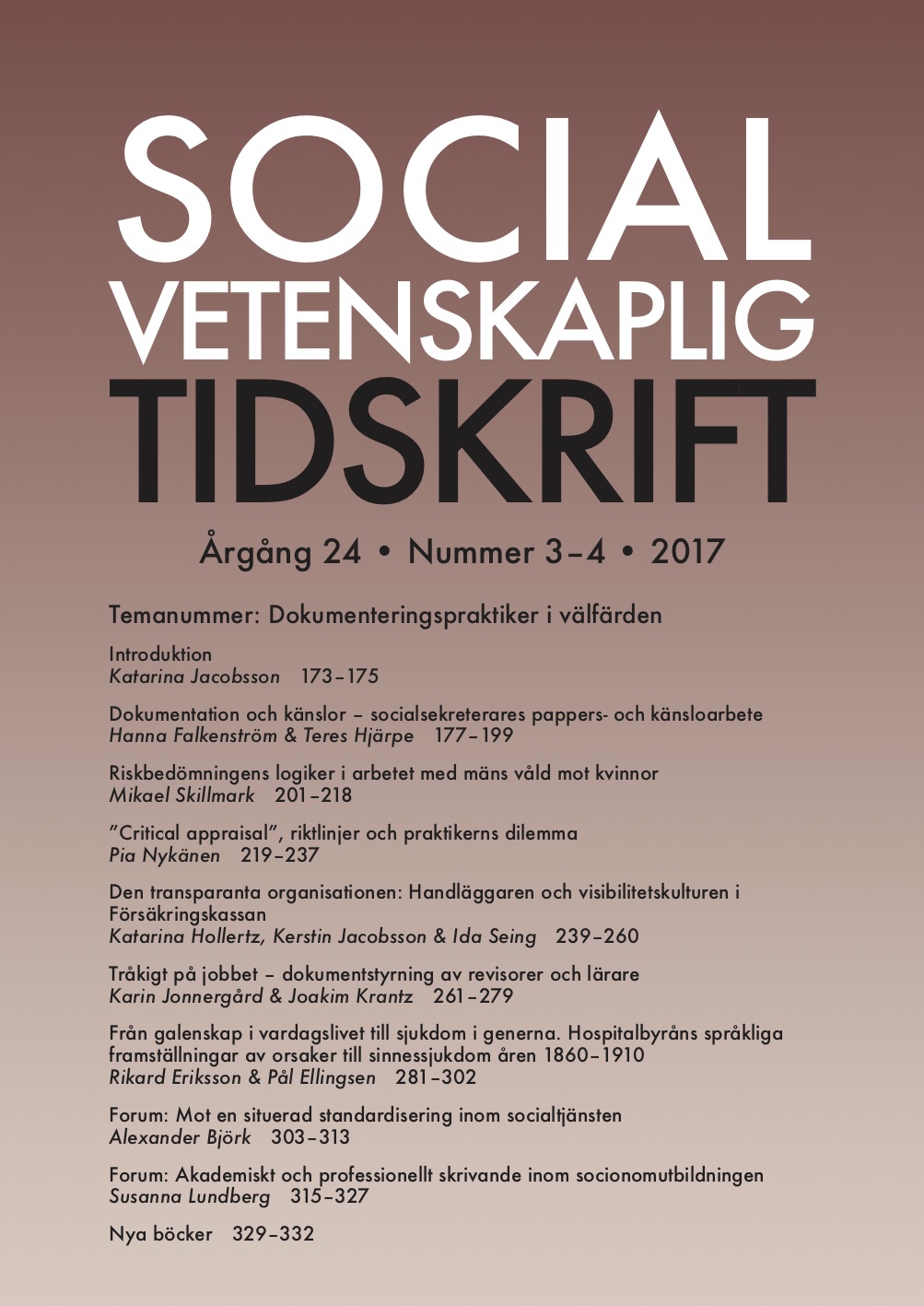