In a different situation? Experiences of being a man, born outside Europe working in nursing homes
The normative picture of a care worker as a white middle-aged woman is under transition; today more Swedish-born men and more immigrant women and men work in residential care. However, there is scarce knowledge regarding migrant men’s experience of care work, an occupation dominated by women where the requested characteristics challenge stereotypical assumptions about immigrant masculinities. In order to reduce this knowledge gap this study aims to explore the experiences of being a non-white man working in nursing homes. The study is based on qualitative interviews, and the data is analysed from a theoretical perspective that considers the body as a situation where lived experiences shape the individual’s scope of discretion. The findings focus on five themes: the way into the work, the questioned body, collegial relationships, relations with female and male residents, and the non-white body as vulnerable. The analysis indicates that both gender and skin colour are fundamental to understand the men’s situation, but these categories had different meaning depending on the situation. When the men helped female residents, they had to balance between respecting the women’s bodily integrity and convincing them to accept help. When they helped male residents, gender was considered as shared experience, which meant that they could understand the men differently than women workers. However, as several of the women rejected men as care workers, the men’s situation became conditional since too many men generated organizational dilemmas. The men also faced racism from residents, but although this evoke feelings of anger, they argued that racist comments were an integral part of their work, and therefore difficult to change. Another challenge was to defend their occupation to migrant men outside their work place who considered care work unsuitable for men in their situation. 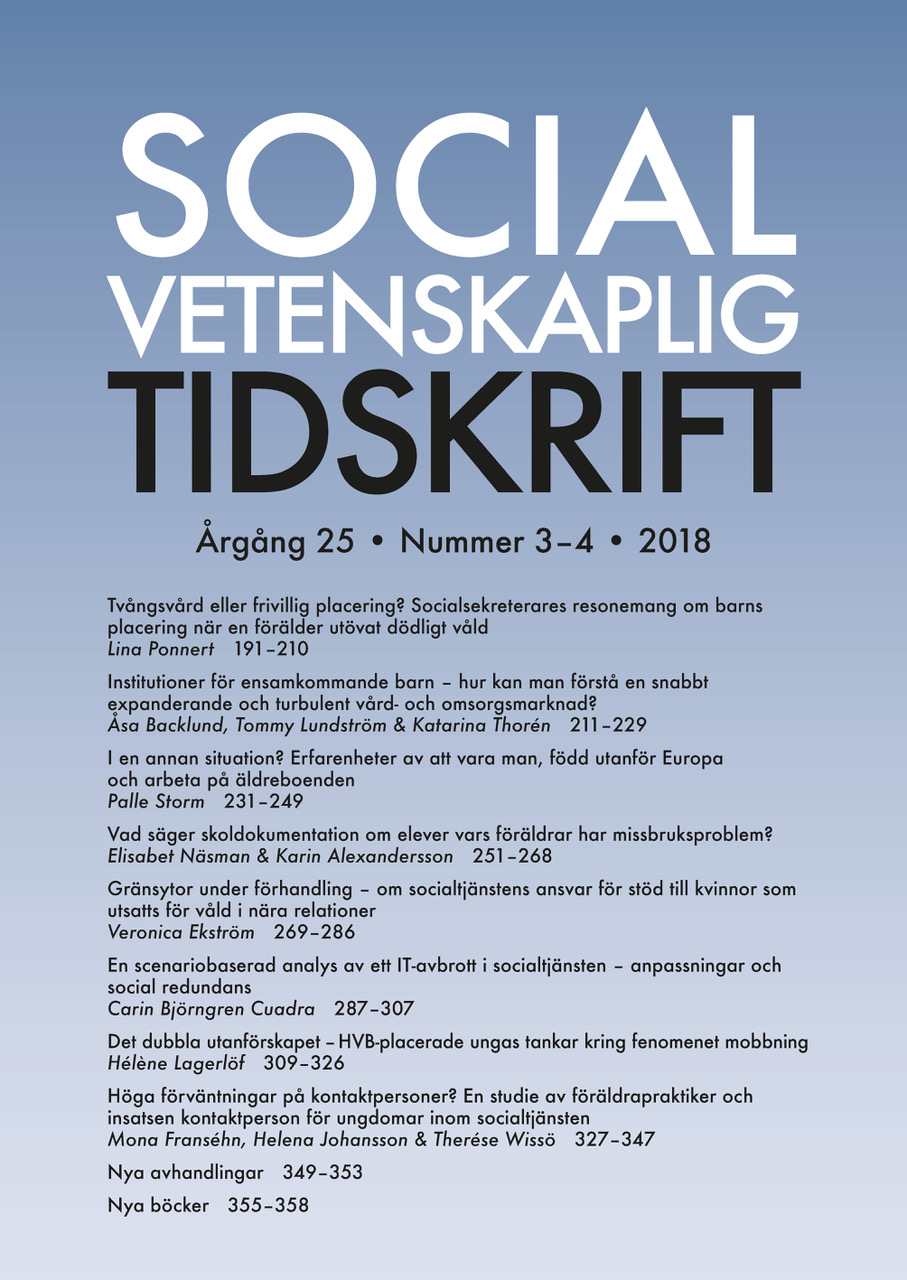