(Un)comfortable (un)knowing. On comfort zones in the guided tours of a mosque

is article, proceeding from the study I did for my thesis on the guided tours of the great mosque in Stockholm, discusses the situations that were characterized by a struggle for having the right knowledge and interpretative prerogative. e concept of comfort zone (Ahmed 2008), and how that is related to ideas of societal happiness, is central. It is a concept that opens up for analysis of how the exercise of power depends on the position of the speaker. During the tours there has been a rhetorical struggle to establish a comfort zone. e article explores the interlinking of know- ledge and social positioning, and how positions decide the credibility of what is said.

Acknowledging that there are regimes of truth surrounding Muslims in Sweden, the main focus lies on the production of knowledge regarding Muslims in the context of the guided tours of a mosque in Stockholm. Special attention is given to how regimes of truth regarding Muslims inform the conversations during the visits, how they are debated in this particular arena and how that is dependent on positionality. It is a situation in which a Muslim, in the position of the guide, has an opportunity to present alternative storylines, or stories, about who Muslims are and what they do.

During the visits there was a tendency for the guests to feel comfortable. In spite of being guests they managed the discomfort by recreating a comfort zone brought about by the alternative sto- rylines. Seemingly objective and established knowledge on Muslims has had such an impact that it made the Muslim guides less trustworthy, even when they talk about personal experiences and their private lives, giving the guides a position of discomfort. 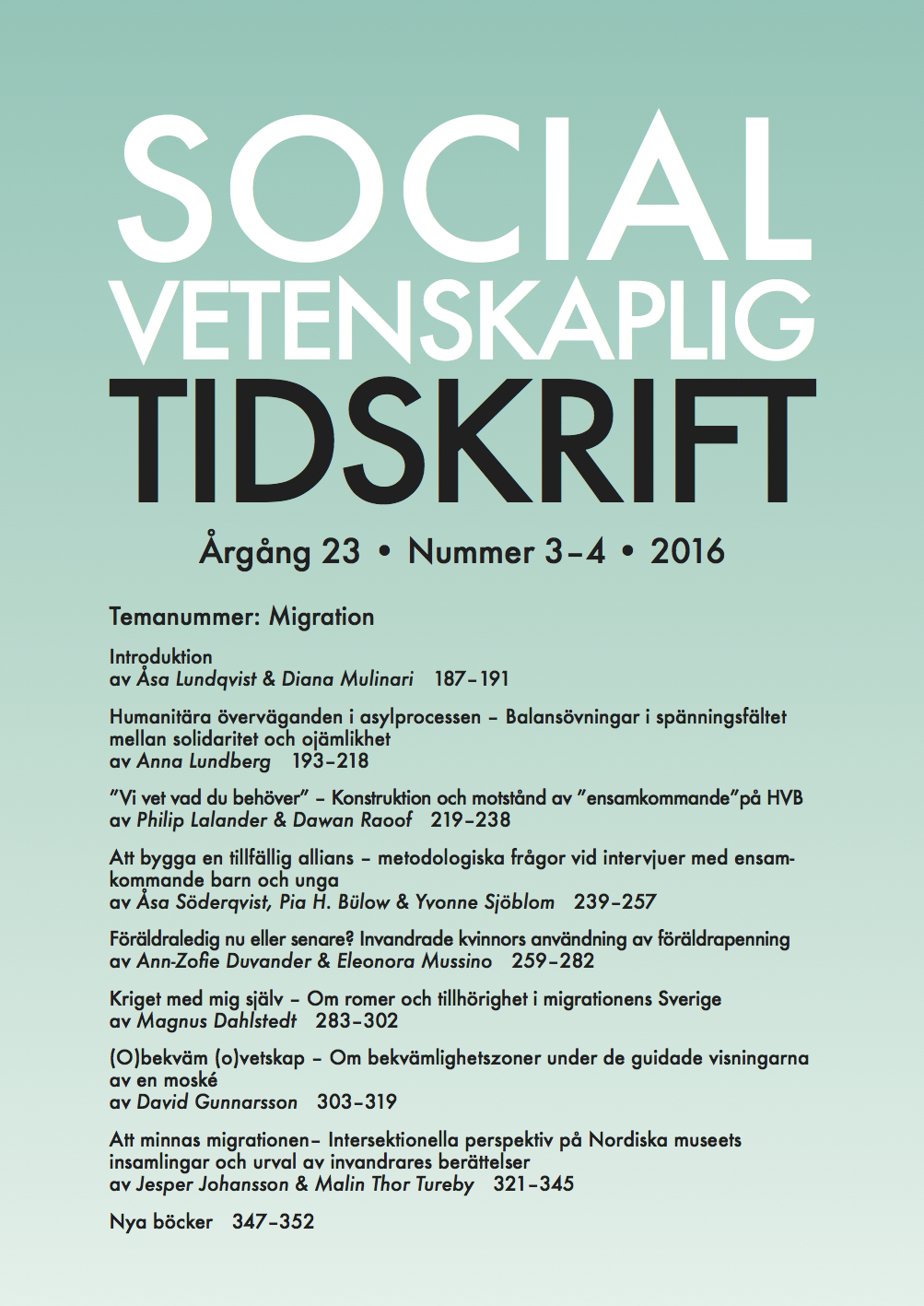